From Fes to Marrakech

Tour from Fes to Marrakech passing through the Sahara desert

5-days tour departing from Fes and arrival in Marrakech. Intermediate stages are Ifrane, the Ziz Valley, the Rissani market, the dunes of Erg Chebbi, the Dades Valley, Ouarzazate and Ait Ben Haddou. 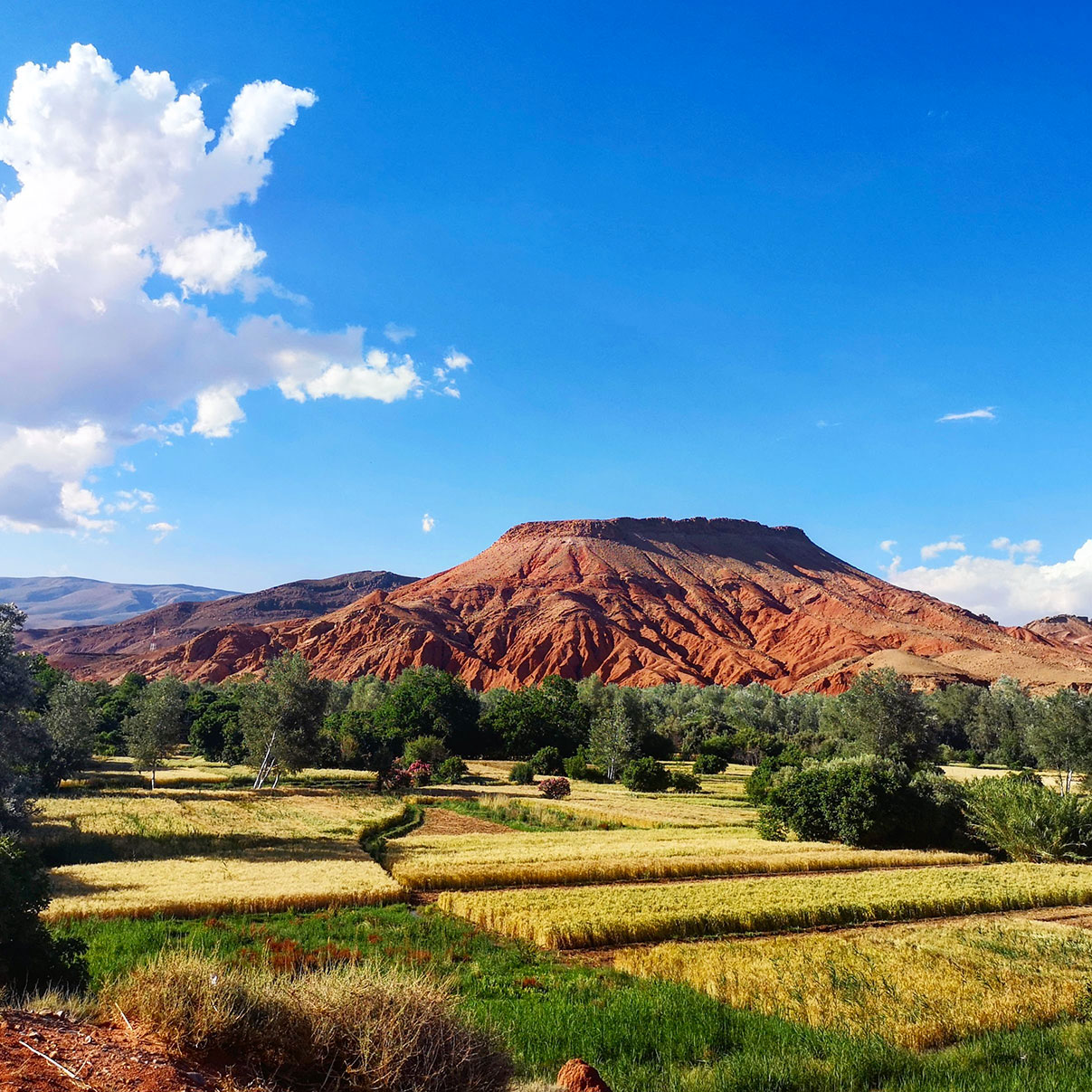 We will pick you up either from your hotel or the airport before starting this fantastic tour towards the dunes of the Sahara desert.
Our first stop will be Azrou, a small Berber village nestled among cedar groves which is famous for its local monkeys.
You will then continue through the Atlas Mountains, a mountain chain that runs across the entire length of the country and that boasts 4,000-metre peaks. You will see some breathtaking views along the way and as you descend towards Ziz. This valley is famous for its lush vegetation surrounded by a rocky desert.
Next you will pass through the Berber cities of Erfoud and Rissani, renowned for their fossils, and continue on to Merzouga, a the small town at the edge of the desert where you will be spending the first night.

After breakfast, we will take you to the immense dunes of Erg Chebbi, where you can take plenty of pictures.
You will then continue your journey to Khamlia, whose villagers come from the innermost regions of Africa.
Here you will have the chance to watch a tribal music show known as Gnawans.
After that we will head to the ancient mines of Mifiss, where you will enjoy breathtaking views over the vast expanse of the desert and visit a family of nomads.
We will then take you back to Merzouga and you will ride camels to the desert camp where you will be spending the night. Here you can enjoy a spectacular sunset among the sand dunes, a starry desert sky and Berber music around the campfire.

On the third day you have the option of waking up early to see the sunrise in the desert before heading to the Todgha Gorge.
The Todgha Gorge consists in a spectacular split in the rocks of the Atlas Mountains that forms a deep canyon reaching a height of 300 metres. Its walls gradually close in to form a narrow passage that is only 10 metres wide, through which a crystal clear torrent flows. The The Todgha Gorges are located about 15 km from Tinerhir, in a splendidly scenic valley. Here you will discover an abundance of palm forests and Berber villages, where you can experience the warm-hearted hospitality of the country’s southern regions.
You will also visit the famous Rissani market, the largest in southern Morocco.
You will then spend the night at a hotel in the Todgha Gorge valley.

As we leave the Todgha Gorge we will drive you through Dades Valley, also known as the “road of a thousand kasbahs”, where you will have the chance to see ancient constructions dating back hundreds of years. You can stop here and soak in the atmosphere of these charming towns and their renowned carpet weaving craftsmanship.
You will be driven through the Valley of Roses and the green palm forests of Skoura on your way to Ouarzazate, know as the Hollywood of Africa.
This location is also famous for its ancient Taourirt kasbah and its Cinema Museum.
You will then have dinner and spend the night in Ouarzazate.

After having breakfast at the hotel, the journey will continue toward Marrakech.
You will see an ever-changing landscape made of red rocks, palm forests where camels roam freely and desert plains.
The next stop, and perhaps the most picturesque, is Ait Ben Haddou.
This fortified village was declared a UNESCO World Heritage Site and it looks as though it has risen out of the desert.
This location featured in a number of films including The Gladiator, Game of Thrones and Lawrence of Arabia. It is located in the valley of the Ouarzazate river and its fortress provides breathtaking views of the rocky desert that lies at its feet.
You will then cross the Atlas Mountains in its highest pass, Tizi-n-Tichka. This pass offers breathtaking views of the mountain range, which boasts 4,000-metre peaks.
The arrival in Marrakech is scheduled for the evening. 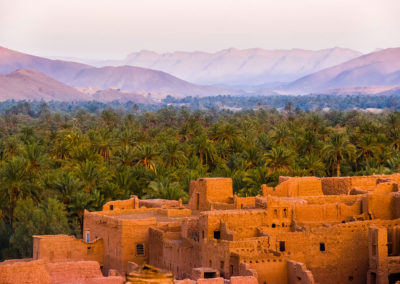 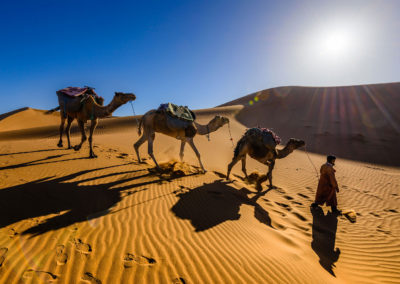 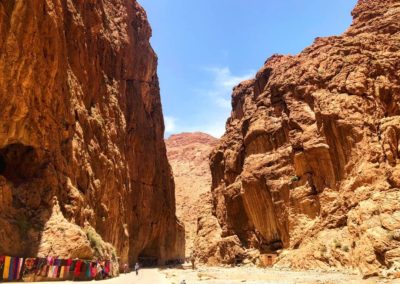 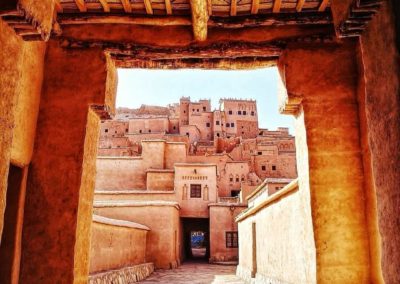 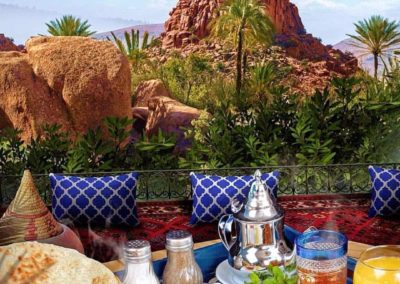 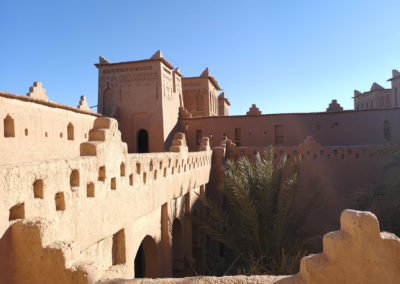