From Marrakech to Fes

Tour from Marrakech to Fes passing through the Sahara desert

5-days tour departing from Marrakech and arriving in Fes. Intermediate stages Ait Ben Haddou, Ouarzazate, the Valley of Dades, the market of Rissani, the dunes of Erg Chebbi, the Valley of Ziz, Ifrane and the natural park of Azrou. 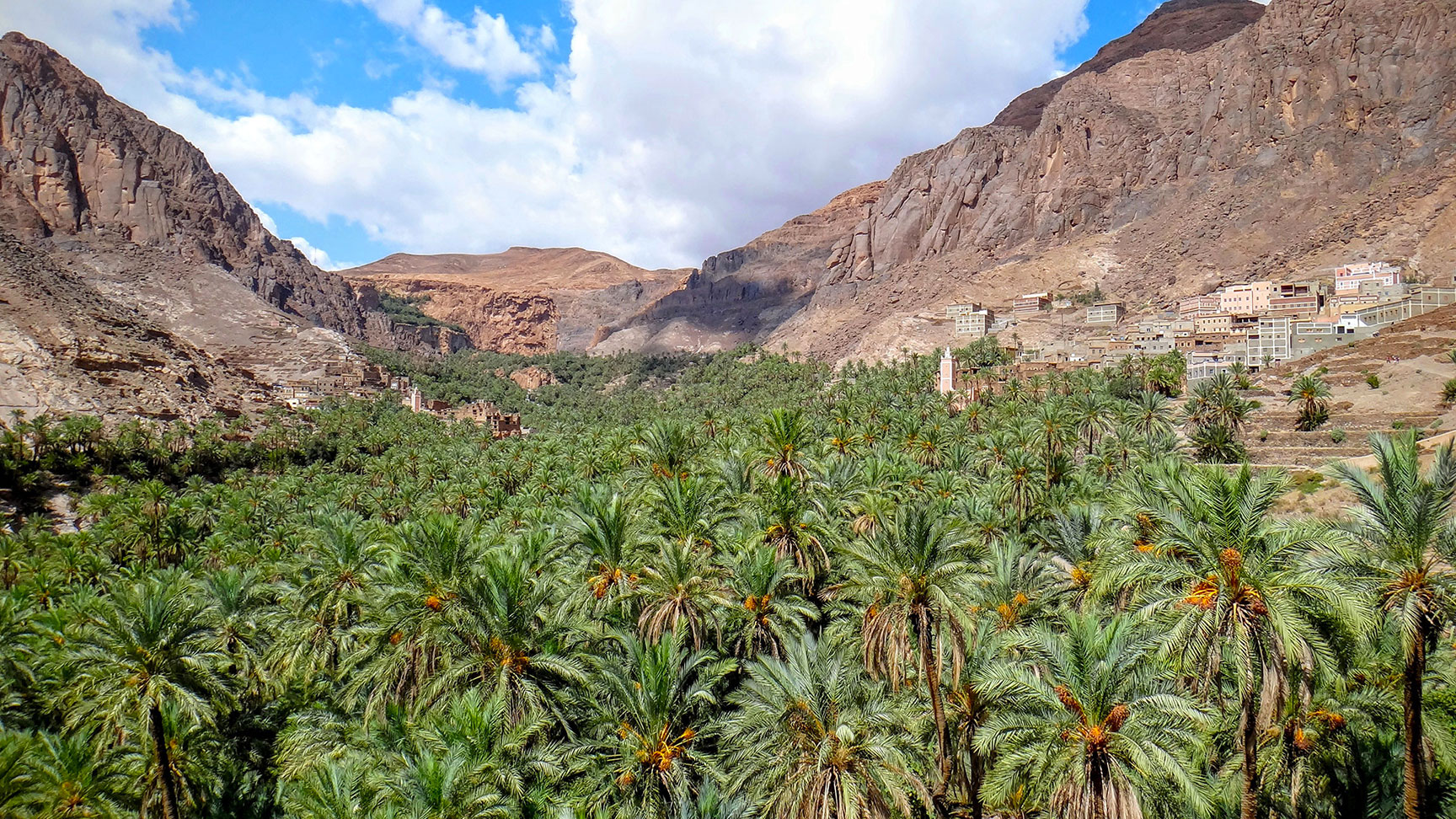 You will begin your journey leaving the bustling city of Marrakesh behind you and heading towards the highest pass in the Atlas Mountains: Tizi N’Tichka.
At an impressive altitude of 2,260 metres, this pass offers a stunning vantage point to admire the surrounding landscape made of green forests, towering peaks and endless horizons. You will also be able to see a number of small, traditional Berber villages along the way.
As you make your way back down from the mountains, your second stop will be the enchanting Ait Ben Haddou kasbah. This fortified village was declared a UNESCO World Heritage Site and it looks as thought it has risen out of the desert.
This location featured in a number of films including The Gladiator, Game of Thrones and Lawrence of Arabia. It is located in the valley of the Ouarzazate river and its fortress provides breathtaking views of the rocky desert that lies at its feet.
Your journey will then continue toward Ouarzazate, the largest Berber city in southern Morocco. It is also known as Africa’s Hollywood due to the many film studios that are based there.
You will spend the first night in Ouarzazate.

The journey will continue toward Merzouga. Along this stretch of the road you will see an ever-changing landscape, from the red rocks of the Gorges mountains, to the lush palm forests and the rocky expanse of desert that gradually gives way to rolling hills of sand. Here you will reach the border of the immense Sahara desert.
You will then pass through Erfoud (capital of fossils) and Rissani (famous for its market, which is the largest in southern Morocco) and the Valley of Roses, which is famous for its floral festival in May.
You will spend the second night in Merzouga.

After breakfast, we will take you to the immense dunes of Erg Chebbi, where you can take plenty of pictures.
You will then continue your journey to Khamlia, whose villagers come from the innermost regions of Africa.
Here you will have the chance to watch a tribal music show known as Gnawans.
After that we will head to the ancient mines of Mifiss, where you will enjoy breathtaking views over the vast expanse of the desert and visit a family of nomads.
We will then take you back to Merzouga and you will ride camels to the desert camp where you will be spending the night. Here you can enjoy a spectacular sunset among the sand dunes, a starry desert sky and Berber music around the campfire.

After a hearty breakfast we will head towards Fes, driving through the palm forests of the Ziz Valley and Errachidia, a modern military city.
The journey will then continue among Midelt’s cedar groves, through the Atlas Mountains and on to Ifrane, known as the Switzerland of Morocco.
This charming town with its red roofs and countless little lakes is one of the most popular winter holiday destinations for Moroccans.
You can stop here and admire the charming monkeys of Azrou.
From there we are scheduled to arrive in Fes in the late afternoon. 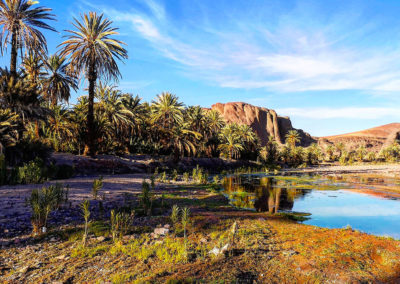 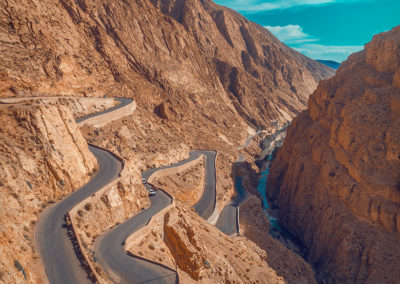 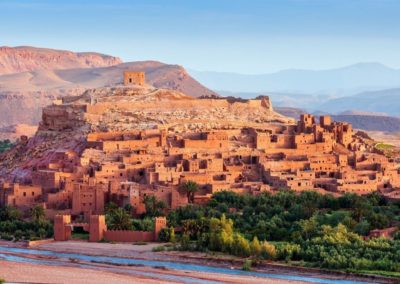 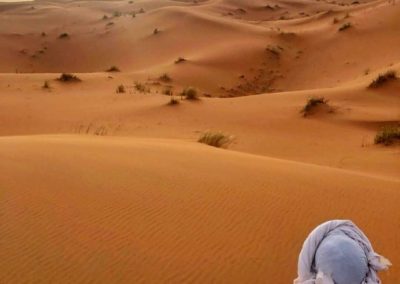 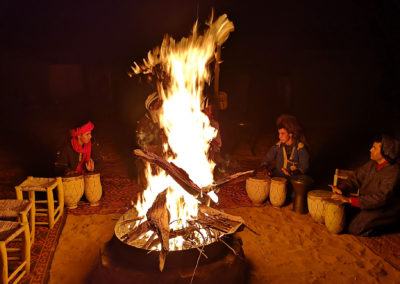 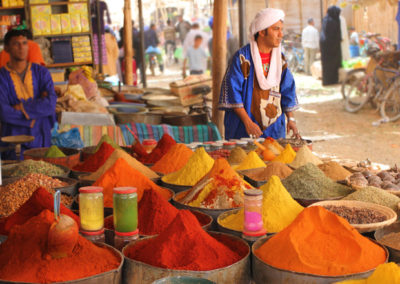