Tour of the blue cities of Marocco

Discover the blue cities of Morocco 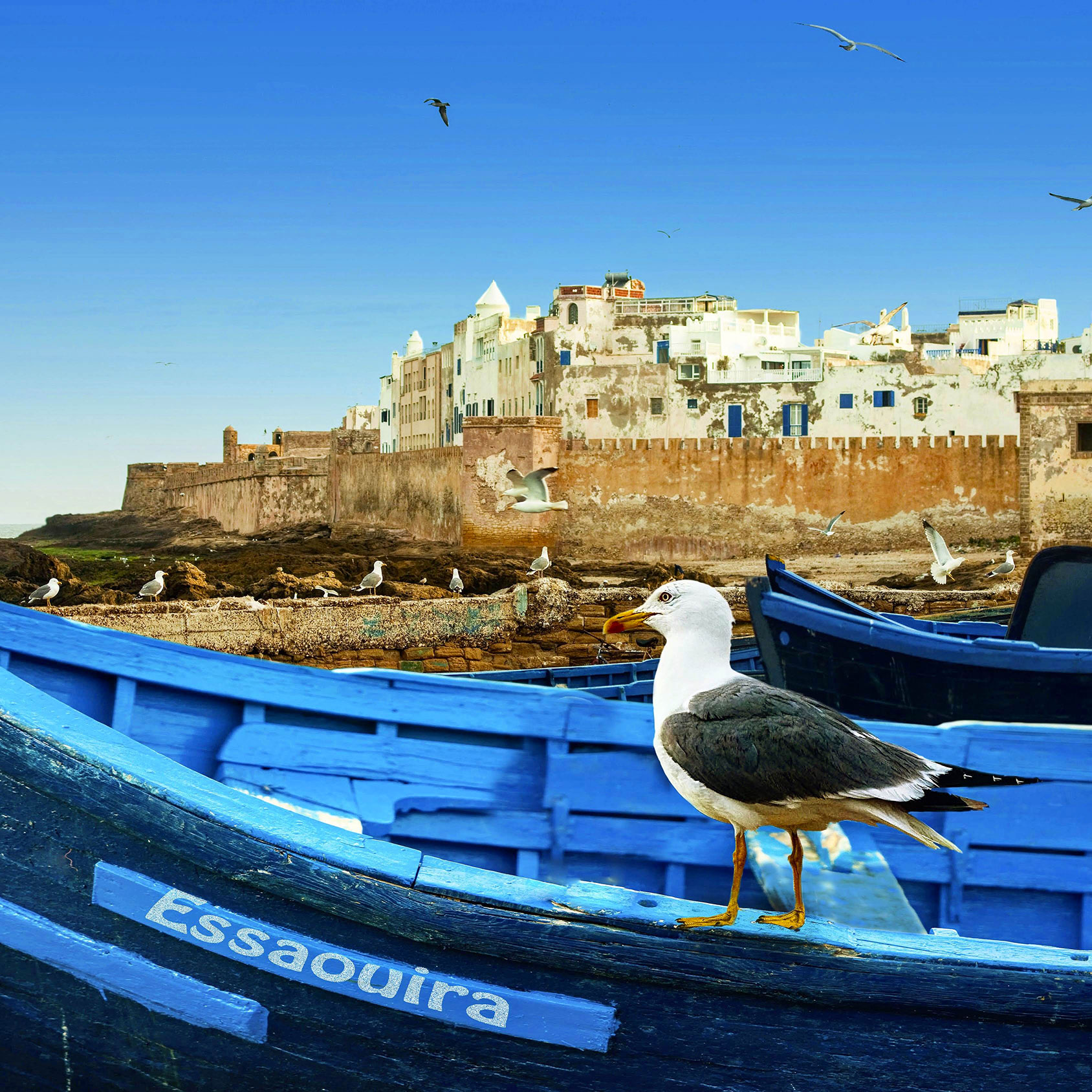 The journey begins leaving behind the chaotic marrakech to reach the ocean coast.
The first stop will be the cultivation of Argan, Morocco is the only exporter in the world of this product.
You can visit a cooperative where they will explain all the potential of this fruit and all its uses.
The journey then continues towards Essaouira, a city on the ocean, fortified and protected by UNESCO for its ancient medina and its walls.
After a visit to the sand dunes of the huge ocean beaches, you will have time to visit the medina of this pretty seaside town and have a tasty fish dinner!
Overnight stay with dinner and breakfast in Essaouira.

In the morning after taking a tour in the Essaouira souk and a good breakfast, we leave for Rabat, where we will visit the Hassan Tower and the adjacent mausoleum.
In the afternoon you will visit the Kasbah de Oudaias, a fortified district of Rabat,
built on a rocky promontory just north of the Medina.
This fortified quarter was built around the 12th century by the Almoravids, a Berber dynasty from the Sahara, and still bears witness to the strategic and military qualities of the peoples who inhabited it.
Overnight with dinner and breakfast in Rabat.

After breakfast you will leave for the Rif mountains to discover the city of Chefchaouen, the blue pearl.
In a magnificent position at the foot of the rugged peaks of the Rif, it is one of the prettiest towns in Morocco with its blue houses and an artistic atmosphere.
Lose yourself in his blue meditation and between his street sellers and ateliers.
Overnight in the city with dinner and breakfast included.

After breakfast, begins the return journey back to the coast.
The first stop is Assilah, a small seaside village famous for its graffiti and street artists. Here you can enjoy a good lunch on the beach and visit the small but characteristic medina.
Return to Rabat with dinner and breakfast in the city.

Then we head towards Marrakech with a stop at the Hassan II mosque in the city of Casablanca, the third largest in the world and only one that can also be visited internally.
The mosque has a 210 m high minaret and overlooks the ocean for two thirds so that the faithfuls can pray observing the sea that breaks on the rocks and feel the warmth of the sun penetrating from the retractable roof.
Arrival in the city of Marrakech in the afternoon. 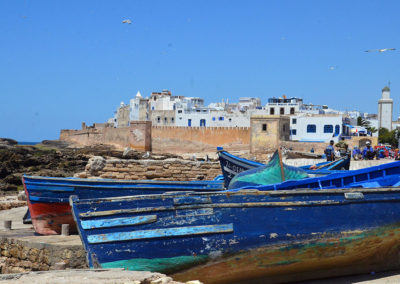 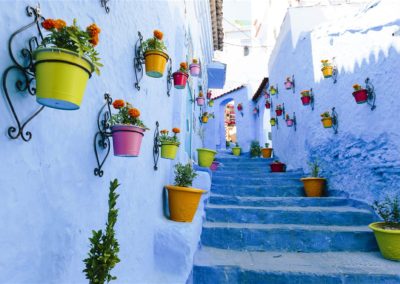 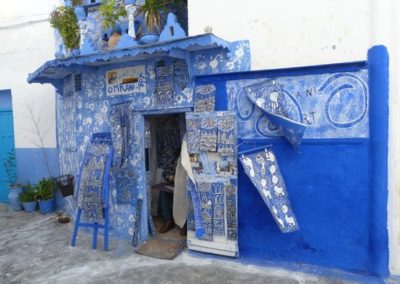 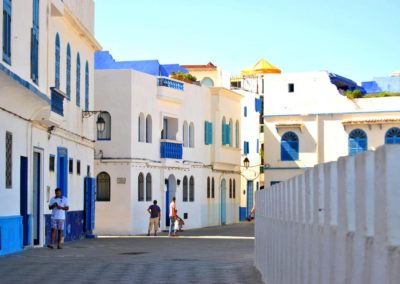 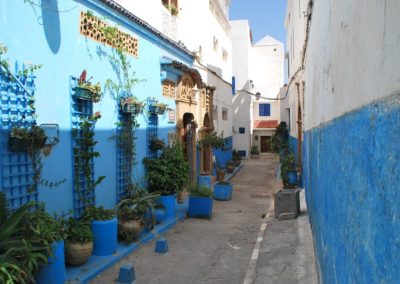 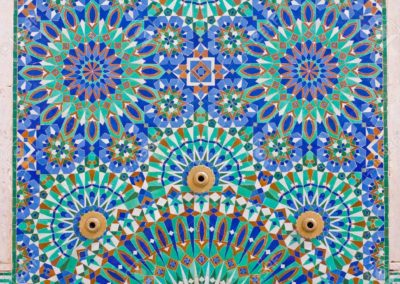